I left the Pacific Crest Trail in southern Oregon in September 2012 after what seemed to me like fairly sudden onset of severe knee pain. Just one day of walking, a 5,000 foot drop in elevation, and twenty miles hiked by early afternoon in order to catch a ride in Seiad Valley, California, and my knees hurt. This was after 1,758 knee pain free trail miles and five months of hiking. I put off going to the doctor for seven months. That doesn’t make sense. I know.

Not all, but many long trail hikers, myself included, resist going to the doctor. Maybe it’s because of a lack of funds. More likely a reluctance to spend funds. And even more likely attitudes of “I know my body … I’ll work through it … it can’t be serious, I walked so far without pain … I can figure this out and self treat …”

Well, I didn’t figure it out. After some internet research, I thought maybe I had patellar tendinitis. I rested my knees. I iced them. I stretched. And seven months later they weren’t any better.

Finally, I was ready to go to the doctor. Friends recommended the Kuala Lumpur Sports Medicine Centre. After a hefty payment (in Malaysia one usually pays the doctor up front and gets reimbursed by health insurance later), and most of a day getting knee x-rays and MRIs, Dr. Saw showed me my pictures. The tissues in my knees were inflamed and had pushed my knee caps to the outside of my knees. I had synovial plica syndrom. Therapy would probably get them better. Worst case might be surgery.

Eorthopod.com’s A Patient’s Guide to Plica Syndrome helped me understand what’s going on.

Synovial tissue is a thin, slippery material that lines joints like the knee. Plica is a fold in this lining. Imagine the inner lining of the knee joint as a sleeve of tissue. Just as a tailor leaves extra folds of material at the back of sleeves on a shirt to allow for unrestricted motion of the arms, the synovial sleeve of tissue has folds of material that allow movement of the bones of the joint without restriction.

Synovial Plica Syndrome is typically an overuse, repetitive motion injury. The plica can be irritted by certain repetitive motions or kneeling over long periods. Like hiking, Dr. Shaw told me. Especially hiking downhill because the knee has only a limited range of motions, muscles, and ligaments to rely on when going downhill as compared to hiking uphill. And accumulating all the downhill hiking, not just the drop into Seiad Valley. Sudden injury such as stiking the area around the plica when falling down can also result in synovial plica syndrome. I hadn’t any falls but I did walk down from a lot mountain passes and peaks. It is a crest trail.

Therapy for my synovial plica syndrome started out like most with icing and non-steroidal anti inflammation drugs (NSAIDs) like ibuprofen to get the swelling and pain down. Then came knee cap manipulations followed by ultrasound in the areas of pain. Then came stretching, and excercises to strengthen the muscles around the knee and get the knee cap to go back where it belongs. These included excercises for the quadriceps, hamstrings, and calve muscles.

For five weeks I went to therapy two and sometimes three times per week. I also had home therapy excercise and icing regimens I did two to three times per day. My knees complained. But then they started to feel better. And when I returned to the United States at the end of May, I felt ready to hike again. Sweet.

Stretch and stretch again. Apparently, I did not stretch my legs enough. Five minutes at night and a few in the morning some days but not regularly is not adequate. Not only should I have stretched more rigourously (calves, quads, and hamstrings), I should have been regularly massaging and stretching my illiotiblial band (IT band – fascia or connective tissue located below the skin that runs from the pelvis, over the hip, and down to the knee on the outside of the upper leg). My IT band is way tight. Lesson learned the hard way.

2 Comments on "Hikers Get Synovial Plica Syndrome Too" 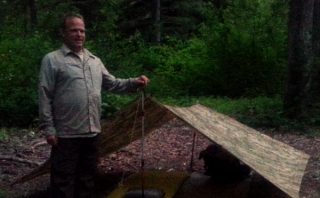 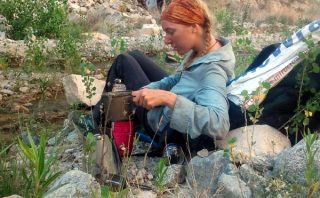 Evaluation of food storage and cooking gear used on my 2012 hike on the Pacific Crest Trail. 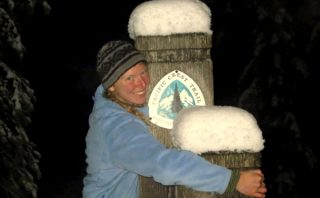