It’s been tense and anxious the last couple of weeks. Also a little wistful the weeks before that right after I got off the trail. But now, finally, the waiting is over.

Team No Hurries has made it to Canada. Well, at least one of us has. Dances With Lizards has walked 215 days and 2,660* some miles finishing the Pacific Crest Trail on November 18, 2012. (*More than 2,660 miles if you count side hikes, diversions to get water, mileage into towns, alternate routes, etc. But less if you subtract detours around forest fires).

Dances With Lizards and our hiking friend Silent D (also known as Brr! and Sticks), left Stevens Pass in the North Cascades on November 1st. That same day, Snohomish County Search and Rescue started looking for I’m Fine, another hiking friend, who was missing in the area that DWL and Silent D were walking into. I’m Fine was last seen by fellow hikers 13 days earlier on October 19th some 30 miles north of Stevens Pass. At the time, he was heading into a snow storm.

I was concerned about I’m Fine’s welfare. I was concerned for DWL and Silent D. Not so much about the snow since it had been melting off for over a week. But more about dangerous creek crossings that come from high water due to melting snow. How to get word to DWL and Silent D? How to let them know to keep an eye out for I’m Fine? How to let them know about the weather? I sent an email to Silent D in hopes that they might get mobile phone reception somewhere and read it. That’s all I could do. That, and wait and pray.

My waiting included tracking the NOAA weather forecast for Stevens Pass, Lyman Lake, Holden Village, Stehekin, Rainy Pass, and Harts Pass. And tracking the snow level at Stevens Pass, Lyman Lake, Rainy Pass, and Harts Pass via Washington’s SNOTEL. And pouring over my PCT maps. And doing all the above several times a day. At least I could know the conditions they might be walking in.

I’m Fine turned up in Stehekin on November 3rd. Part of his story was losing the trail in the snow, hunkering down, finding the trail again, walking out, and going without food for five days.

DWL hiked into Holden Village ten miles off the trail for a rest day on November 8th. From her years working trail crew in the area, DWL was also visiting friends. She intended to visit her sister Blaze who is working there, too, but Blaze was out of the Village for training that week. The two taking a rest day meant no worrying for me for a day.

DWL and Silent D made it to Stehekin after two days hiking on November 11th. Friends let DWL use their phone. We talked about the hiking. We talked about the weather. We talked about the gear and food they were carrying. We talked about bail points. I condensed my backcountry ski patrol training on snow safety into an over the phone lesson. I told her this was all to make me feel better. I didn’t know what she knew, but now at least she heard what I knew. (“Oh, Dad,” eyes rolled. She didn’t do that, but I could imagine it happening. Or maybe she did and I didn’t see.) They were going to include me in their SPOT device messages so I could see where they were when they sent the SPOT.

Well, I was prepared for them to walk the last 88 miles. They were, too. They left Stehekin on November 12th. The anxiousness turned to enthusiasm. They were going to do this. They were going to finish the trail. Here is Dances With Lizards’ telling of their last week on the Pacific Crest Trail, Attitude & Layers. Epic. Amazing. Incredible.

Then the message comes from Manning Park, BC. They’ve arrived safe and sound. They’ve done it. They are safe. I am moved. I am elated for them. I am inspired.

DWL’s mom gets home from work. We move the arrow sticker on our PCT wall map to Manning Park. We cheer.

On a post to the PCT-L list serve, DWL says, “In the end, it’s not about the miles, but what happens between the miles.” Right on, daughter. Right on, Team No Hurries.

2 Comments on "The Waiting and Walking Are Over" 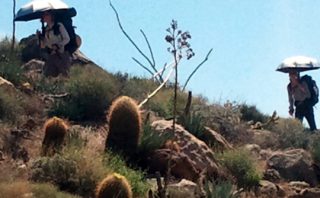 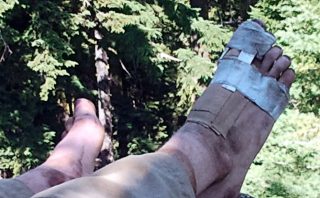 Evaluation of the items I carried in my wilderness first aid kit on my 2012 hike on the Pacific Crest Trail. 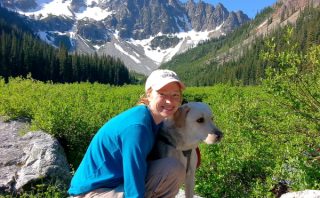 July 5-6, 2013
Day 6-7: 14 miles hiked. Camped at Emerald Park and hiked out to Lucerne the next day. 4,300-foot elevation descent on the way out and my knees tell me no Pacific Crest Trail this year. Guess I’ll go to Madagascar instead. 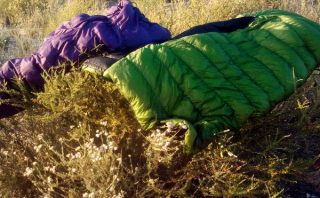 Hiking gear repair kit for my 2012 hke on the Pacific Crest Trail.